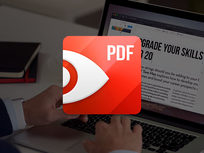 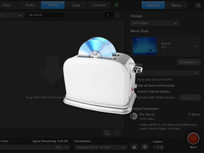 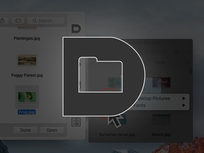 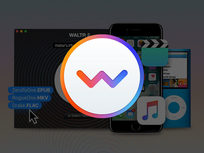 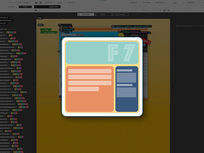 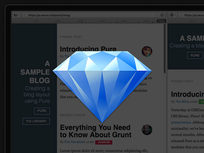 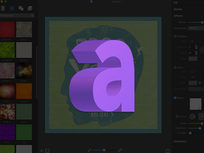 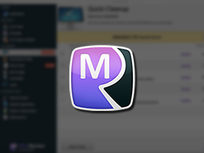 By Readdle | in Apps + Software

PDFs remain the best way to transmit documents, but editing them isn't possible with standard Mac software. PDF Expert changes that, allowing you to edit PDF text, images, links, and outlines quickly and easily. Typo in a contract? Easy fix. Need to rework a complete section of a document? No problem. PDF Expert provides a series of essential functions that will transform the way you work with documents on your Mac.

By Corel | in Apps + Software

The number one digital media suite and DVD burner for Mac is back and better than ever! Roxio Toast 16 Titanium takes all of the power of the popular DVD burning software Toast Titanium, and pumps it full of exclusive extras. The enhanced, more secure DVD authoring and screen capturing, and flexibility of Toast Slice is all here, plus new capabilities to burn Blu-rays and far greater ability to integrate with other software. Add in a fresh new interface and the brand new MultiCam Capture feature and you've never seen a media converter quite like this one.

Save Your Files Effortlessly & Open Your Folders Instantly

You need your Mac to work as efficiently as you do. Default Folder X enhances the Open and Save dialogs in all of your applications so you can save time and do everything you need with just a couple clicks. When you're running through a lot of folders and files, you need tools that let you effortlessly preview, save, and manage your data. Default Folder X does just that.

By Softorino | in Apps + Software

If you want to move a file, whether it's a video, ebook, ringtone, or other media file, from your computer to your iPhone, you'd usually need to use iTunes. WALTR 2 allows you to skip converters, iTunes, and wires altogether. At its core, WALTR 2 is a simple file manager where you can drag-and-drop any music, ringtones, videos, PDF, and ePUB files into any Apple device without iTunes or external apps. It's also armed with clever tricks like automatic file conversion for audio and video, and content recognition that brings along metadata. As a bonus, WALTR 2 goes beyond iOS devices, supporting the entire lineup of Apple iPods, starting with the original iPod Classic, built in 2001.

'WALTR 2 is an excellent tool to get media files onto your iOS device quickly, and to no longer worry about unsupported formats.' Macworld
'If you regularly transfer your own files -- WALTR 2 could make your life a lot easier.' Forbes
'WALTR 2 ... allows users to quickly upload video files to their iPhone that aren't supported by iTunes, such as FLAC and MKV files. It just does it in some magic way.' Engadget
WALTR 2 Simplifies Sending Any File Type to Your iPhone or iPad Wirelessly.' LifeHacker

By The Escapers | in Apps + Software

The latest release of the elite web design app, Flux 7, is here and better than ever! This user-friendly, comprehensive and reliable HTML and CSS designing tool enables you to create fully functioning websites with speed and ease. With an outstanding WYSIWYG (What You See Is What You Get) engine, Flux allows you to code as little or as much as you want to get specific results. Don't want to code at all? That's fine, too, you can make it as simple as drag and drop.

Edit CSS On the Fly to Create Beautiful, Responsive Websites in Real Time

By Skybound Software | in Apps + Software

Need to build a website but don't have the time to incorporate the design you really want? Stylizer helps you style websites in a fraction of the time, allowing you to simply click anywhere, style anything, and preview your changes on the fly without any significant technical expertise. It just may be the greatest CSS editor you ever use.

Used by Sony, IBM, Netflix, and University of Florida

By Belight software | in Apps + Software

By Corel | in Apps + Software

MacReviver includes all of the essential tools to help you clean, optimize, and maintain your Mac and restore its performance and stability. From freeing up space to restoring your Mac's speed, this software does it all. Plus with included anti-theft protection, MacReviver will make sure you can track down your Mac (and even take a picture of the offender) if it ever gets in the wrong hands.